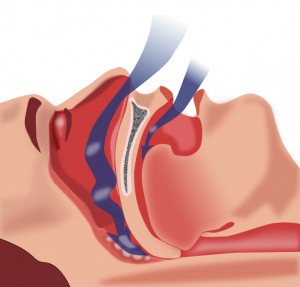 Sleep studies for the assessment of obstructive sleep apnea should be limited to patients with unexplained daytime sleepiness after other potential causes have been ruled out, according to new guidelines from the American College of Physicians.

The Clinical Guidelines Committee of the College also recommended that patients suspected of having obstructive sleep apnea (OSA) should undergo polysomnography (PSG). But those without serious comorbidities may useÂ portable sleep monitors when a sleep study lab is not available to them.

The recommendations, however, were rated as weak and based on low- to medium-quality evidence, the Committee wrote in the paper published in the latest edition of the Annals of Internal Medicine.

Polysomnography performed at a sleep lab has been the gold standard in diagnosing obstructive sleep apnea, but it’s expensive, resource-intensive and requires patients to spend a night away from home.

Some portable sleep monitors, those designed for use at home, may help identify suspected OSA cases through the apnea-hypopnea indiex (AHI), the number of apnea or hypopnea events per sleeping hour. But their results vary widely across different types of portable monitors. And no study to date has directly compared different portable monitors.

There was insufficient evidence to determine if sleep questionnaires, like the Epworth Sleepiness Scale, phased testing and preoperative screening for OSA were useful, the authors noted.

OSA is caused by an obstruction of the upper respiratory tract which can partially (hypopnea) or completely (apnea) block the airflow. The most common risk factor for obstructive sleep apnea is obesity. And OSA may lead to daytime sleepiness, hypertension, heart attack, stroke, cognitive impairment and other serious conditions.

Learn more about OSA at the National Heart, Lung, and Blood Institute.